I passed the Salesforce ADM201 certification exam today. It’s been a five year road to get here. From the first week I began working with Salesforce, I decided attaining certification was something I wanted to pursue.

Now that I’ve done it, I thought it might be good to share the things that helped me be successful with those looking to do the same.

Your success or failure pretty much boils down to this… You’ve got to know your stuff or it’s never going to happen.

The Salesforce ADM201 certification exam is not a walk in the park. You’ll never pass it by just reading the online help, or taking online practice tests and studying flash cards — most of which are badly outdated, or just plain wrong.

You’re going to need to be familiar with just about every area of Salesforce and how it actually works — where and how you can do something, and where and why you can’t do something else.

This means getting a developer org and configuring it just like you would if you were doing it for your day job or a client. Be creative in your approach. Try doing things you’ve never done. Try to break it. Enter real data and learn how it flows through the system from a Campaign to a converted Lead to a resolved Case.

Do everything in your power to wrap your head around the big picture of what Salesforce does and totally understand it. That’s what being a good admin is all about anyway — knowing what can or can’t be done.

Study With a Group

I can’t stress this one enough.

My employer was kind enough to purchase a year of Premiere Plus Support in order to provide me the online courses to pursue certification, and I did all 60+ hours of both the ADM201 and DEV401 trainings. I learned a lot from it, but it wasn’t until I joined a study group that the learning really sank in.

Collaborating with a group of your peers introduces fresh ideas, which could give you a completely different perspective about a topic. That, in turn, leads to other moments of discovery. If you’re serious about earning a certification, I suggest you find others who are as committed as you to passing your exam.

I joined the Salesforce Certification Study Group in the Salesforce Success Community. Deepa Patel and the others who volunteer with the group have worked hard to develop a successful curriculum with a high passing rate for those who are committed enough to make it to the end. It doesn’t cost any more than your time and effort, plus the $200 to register for your Salesforce ADM201 certification exam, which you’re going to spend anyway.

Once you’re accepted into the private group, watch what goes on in the Chatter feed for a while, then when signups for the next round of sessions are announced, join the one that best suits your geographical region.

Okay. You’ve been accepted into the study group. But if you aren’t totally serious about earning your certification, you’ll never be successful. Period. You’ve got to want it to happen. If you don’t give studying the attention it needs, you can forget about passing, and may as well stop reading now.

Make it what you think about when you’re sitting in traffic, brushing your teeth, or taking a shower. Turn off the TV for a couple hours each night and learn something new about Salesforce instead. Choose to become obsessed for a while.

If you end up joining the certification study group, make time to do the work you’re supposed to do before the next session — every single week. Commit to the 15 weeks the group is going to require from you. Be ready to demo your work for the online sessions. Know exactly what you did, why you did it, and have a reason for it. I promise you’ll learn incredible amounts if you commit to working this way.

Be Real with Yourself

Be 100% honest with yourself. Ask yourself “Am I really ready to pursue certification?” If you’ve only been working with Salesforce a few months, it’s going to be a tough row to hoe, even with the help and support of a study group — who may not be too keen helping you along while studying themselves.

If you’re not ready, then wait until you are. You have a better chance of succeeding if you do. By joining the study group without enough experience, chances are you’ll fall behind fast, which is going to discourage you. Don’t set yourself up to fail. Be ready.

I mentioned the online tests and flash cards earlier. Don’t rely on them at all. Salesforce adds lots of new features at each release. Flash cards and tests from the Spring ’11 release are full of misinformation now. If you rely on them to know your stuff, you might not know much at all.

There is one good resource I’ll personally endorse, and that’s John Coppedge’s Certified On Demand.

I joined while John was developing the site, but would have no hesitation spending the $40 lifetime membership that he’s asking for now. It’s a good resource that’s kept current. The questions he’s developed are quite similar to the real test (but not actual questions, and are just a little easier).

Consider supporting John’s efforts and buying a lifetime membership. Use Certified On Demand as a supplement to studying with the Salesforce Certification Study Group. It helped me be confident I was ready when I started doubting myself.

The only other resource you need now is to watch the Dreamforce Get Started on the Certified Administrator Credential workshop video. It provides solid advice for being ready, how to take the Salesforce ADM201 certification exam, and knowing what you’re walking into.

You’ve scheduled your test, and now it’s time to go take it.

There’s only one thing to be said… Know that you know what you know. If you’ve worked hard in the Salesforce Certification Study Group, you’re ready to pass. Walk in knowing that fact.

When you sit down to begin, take a minute to breathe and relax. Then start your exam using the techniques you learned from the workshop video. Before you know it, you’ll be waking out of the testing center as a Salesforce Certified Administrator. 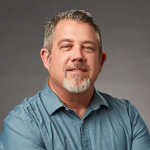 About the author / Jim Mitchell

It’s Your First Dreamforce. What Should You Expect?
Posts - Saturday, November 9, 2019

This site uses Akismet to reduce spam. Learn how your comment data is processed.

Just finished volunteering at @WHWM2W with @jforcehunter and others, helping a new wave of future admin and developer #trailblazers earn their first badge on @trailhead. So awesome to see the excitement when confetti rains on screen and they’ve earned that first badge. #humbled

@ForceAcademyLA is coming sooner than you think. Want to be a speaker at this fun event? Submit your session today and hopefully we will see you there! @trailhead @Dreamforce @SalesforceAdmns @IrvineWITGroup @SalesforceOrg @SalesforceOhana https://t.co/6imvxJl9Zr

I submitted my session... How about you?

Do you use Service Cloud Messaging (e.g. SMS) and had an issue with un-ended Messages coming in blank or showing “Sorry to Interrupt” errors after a site switch? If so, check out this Known Issue and report it affecting you.

Looking for a great @salesforce admin for your team? Now’s your chance! My good #TrailblazerCommunity friend @ElJorgeForce is suddenly on the market. Get him while you can.

Fun fact I learned about @petercoffee last night is he’s a loyal @VIZIO customer! 😎 Thanks to @bkingsleycassis @GuillermoPedron @gabbalishus @nickkiforce and @F0olInTheRain for making the evening such a success. Honored to be part of a great team in the #TrailblazerCommunity!